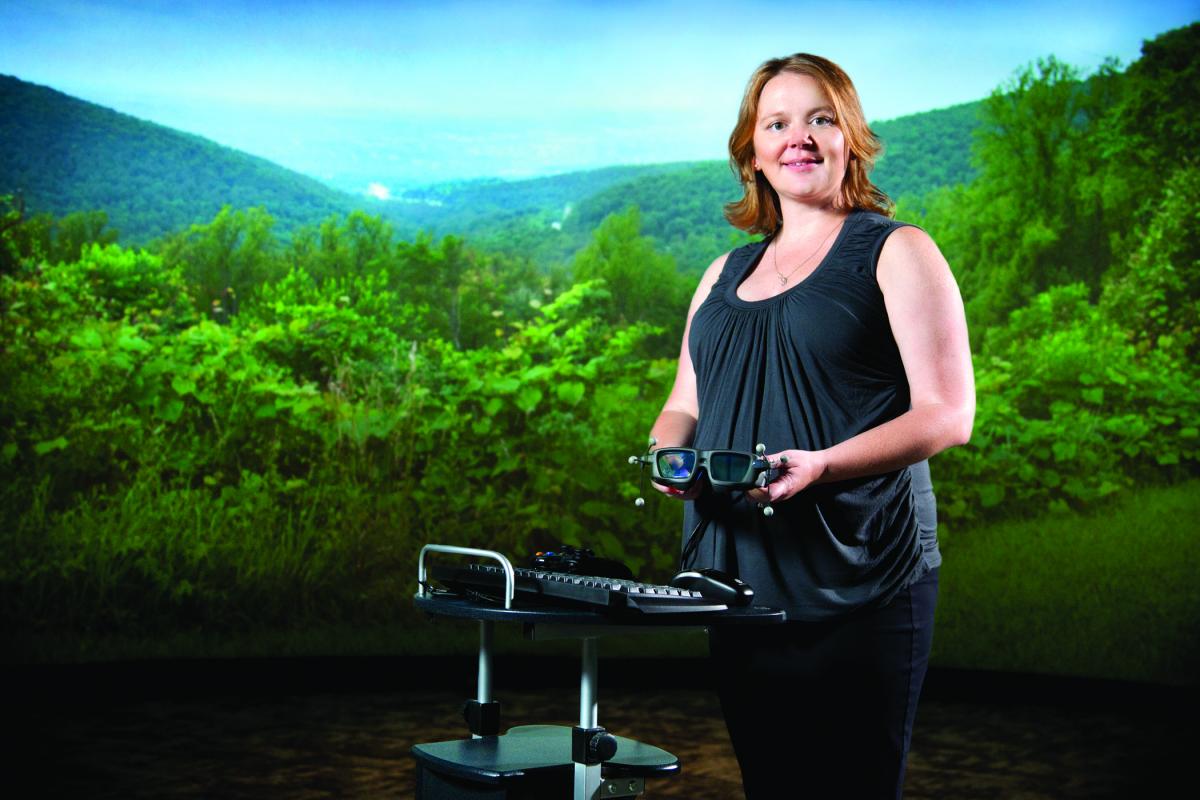 Case in point—alumna Brianna Eiter ’00, whose parents gave her a simple instruction when she began her college search.

“My parents had one rule when it came to selecting a college: I had to stay in the state of Pennsylvania. So, it seemed like my dad and I visited just about every school in the state. I realized as I was looking that I wouldn’t do well in a huge school like Penn State. My high school graduating class had 100 students; that transition to large lectures would have been too much of a change for me. I also didn’t want to go to a really small school. Lehigh’s size really worked for me,” she recalls.

Eiter originally planned to major in engineering, but during her freshman year, she discovered cognitive psychology. After receiving a bachelor’s degree in psychology, Eiter pursued graduate studies at Binghamton University, earning a Ph.D. in cognitive psychology in 2005. From 2005 to 2011, she was an assistant professor in the psychology department at Hofstra University.

About four years ago, Eiter says she was looking to shift her focus to applied research. A job search for positions that would provide her that opportunity led to her current role as a behavioral research scientist with the National Institute for Occupational Safety and Health (NIOSH) in the institute’s mining division. NIOSH is a part of the Centers for Disease Control. And the rest, as they say, is history.

Today, Eiter is leveraging her cognitive psychology background to study the manner by which mine workers recognize mine site hazards. The goal is to ultimately develop better training materials for miners that can help to reduce the number of mining accidents and fatalities. In particular, Eiter focuses on the stone, sand and gravel mining industry.

For the past nine months, she has been the primary investigator for a multi-year project designed to examine how cognitive factors such as attention, risk perception and risk tolerance, as well as individual factors like experience level, affect a mine worker’s ability to identify mine site hazards. To do this, Eiter explains, her team will bring stone, sand and gravel mine workers to a research facility in Bruceton, Pa., which is in the South Hills section of Pittsburgh.

“One of the onsite facilities houses a virtual reality center that includes a 360-degree theater,” Eiter says. “We are going out to the field to take panoramic pictures that depict typical locations at a surface stone mine site—for instance, a pit, a shop and a plant. We plan to stage hazards at these locations and then photograph them.”

“Once we have the panoramic pictures, we will invite the mine workers to our facility and have them search the panoramic pictures for the hazards. They will indicate finding a hazard with a button press. While they are searching the pictures, we will ask miners to wear a set of eye-tracking glasses so that we can record how they visually search the scenes,” she says.

After the mine workers have completed this exercise, she adds, her team asks them to complete a demographics form to collect information about their previous work experience, as well as a risk perception measure and a risk tolerance measure. The miners then respond to a series of open-ended questions designed to help understand why mine workers are able to identify some hazards but not others.

Data from the Mine Safety and Health Administration (MSHA) indicates that fatalities at mine sites in the stone, sand and gravel industry have risen over the past year compared to other types of mine sites. The goal of her team’s project, Eiter explains, is to first identify which factors, such as the number of years of experience in mining, visual search, risk perception or risk tolerance, affect a mine worker’s ability to recognize mine site hazards.

Eiter says that one of the biggest challenges of her job also happens to be the part of her work she likes best.

“What I enjoy most about my job is how much the work changes depending on the project I’m working on,” she says. “I’m constantly learning about different types of mines, using different research methodologies and techniques, traveling to new cities and meeting new people. That variability keeps it interesting.”

“The culture in each of these locations is different and the mining method and environment at each of these mine types are different,” she says. “To be able to impact health and safety, you have to know something about each of these aspects of the mine.”

Eiter didn’t set out to study miners or mining.

“Growing up in western Pennsylvania, I knew about mining,” the Pittsburgh native explains. “But I had no direct experience with it and I did not know anybody who worked as a miner. I think it’s a job that few people actually think about—unless you know someone who is a mine worker or you live in a mining community. It’s easy to not think about mine workers. Mines are typically in remote locations or are underground, so you don’t see them.”

Returning to Pittsburgh is something that was always part of Eiter’s life plan. She lives with her husband, John Heberger, whom she met at work. Heberger is an epidemiologist for NIOSH, also in the mining division.

“I think work is important, but my greatest accomplishment to date is my family. My husband and I are expecting our first child in October,” she says. “The majority of my family still lives in Pittsburgh. It was important to me to live close to my parents and siblings. I moved away as soon as I graduated from Lehigh; my goal was always to make my way back.”